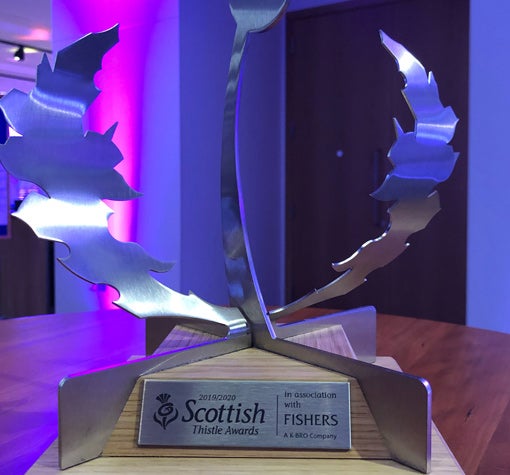 SEC AND ALL-ENERGY 2019 CHALK UP AN IMPRESSIVE WIN

All-Energy 2019 – the UK’s largest renewable energy exhibition and conference – and Glasgow’s Scottish Event Campus (SEC) have been awarded Best Business Event at the National Finals of this year’s Scottish Thistle Awards National Final held on 5 March at the EICC.

The category celebrates the importance of business events in showcasing Scotland’s world-class credentials as a destination for congresses, meetings and incentives programmes from around the world.

Accepting the award on behalf of both organisations Dan Thurlow, SEC’s Director of Exhibition Sales said: “This is a very special year for All-Energy, the UK’s largest renewable and low carbon energy exhibition and conference; and for Glasgow and SEC. It marks the 20th All-Energy anniversary event; and SEC hosting the UN’S COP26. Both are incubators for vital decarbonisation solutions and thus catalysts for opportunity”.

All-Energy’s 20th show in the annual series will be held 13-14 May at SEC. The first 14 events were staged at AECC Aberdeen, and it moved to Glasgow in 2015. The 2019 show attracted total attendance of 7,871 over the two days and included some 250 exhibiting companies and over 600 speakers.