Home|About the SEC|Board of Directors 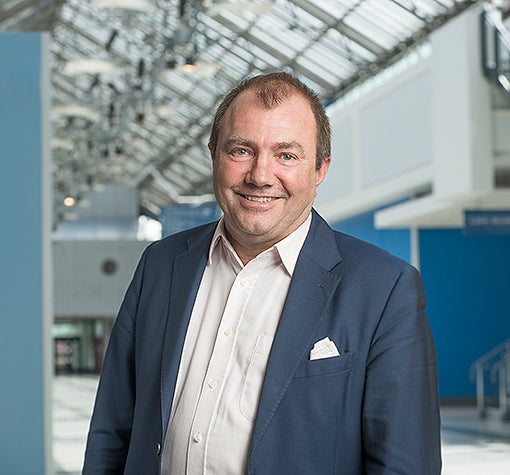 Will Whitehorn was born in Edinburgh and graduated with an Honours degree from the University in Aberdeen before spending his early career as a Helicopter search and rescue crewman in The North Sea.

Will joined the Virgin Group in 1987 and spent the next 20 years in key roles including Director of the Virgin Rail Group, Brand Development and Corporate Affairs Director, President of Virgin Galactic and latterly special advisor to Sir Richard Branson.

In 2016 he became Chair of Clyde Space Ltd, the UK’s leading independent space satellite manufacturer and now sits on the board of the newly merged body AAC Clyde Space AB.

He joined the Board of the Scottish Exhibition + Conference Centre in 2010 and became Chair in 2014.

He was Chair of Crowd Reactive, Loewy Group/Speed Communications, Deputy Chair, Stagecoach Group plc and Chair at The Scottish Gallery in Edinburgh.

In September 2019, Will joined UKspace as President of the trade association which represents the UK space industry. In June 2021, Will joined Seraphim Space Investment Trust Fund PLC as Chair of the world’s first listed space technology investment fund.

In January 2020, Will became Chair of Craneware PLC, an Edinburgh based company which is engaged in the development, licensing and ongoing support of computer software for the United States healthcare industry.

In August 2021, Will becomes Chancellor of Edinburgh Napier University.

He is a Fellow of The Royal Aeronautical Society and The Marketing Society and serves as the Vice President of The Chartered Institute of Logistics and Transport.

In 2010 he was awarded the Geoffrey Pardoe RAeS Space Award for services to the space industry.

John joined the SEC Board in March 2019 and is the new Chair of the SEC Audit & Risk Committee.

John joined Global Infrastructure Partners (GIP) as an Operating Principal in 2013 and Chief Commercial Officer of their investment, Edinburgh Airport Limited, leading the revenue and capital investment projects teams. John works with a number of GIP investments worldwide and is CEO of Crosswind Developments Ltd.

Prior to joining GIP, he was Managing Director of Lloyds Banking Group’s $50bn SME Lending portfolio during the banking liquidity crisis. John was also a founding Board Director of the Business Growth Fund plc, After qualifying as a Chartered Accountant with PwC Corporate Finance, John joined 3i plc. He has subsequently held a number of executive and non-executive positions globally.

With over 20 years of experience, he has a BEng Mechanical Design Engineering and an MSc IT from University of Glasgow. John is Vice President of Edinburgh Chamber of Commerce, a Trustee of Entrepreneurial Scotland Foundation, Non-Executive Director of Institute of Directors and a member of the ICAS Governing Council. 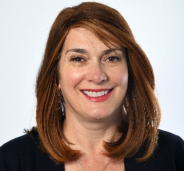 Elaine has been with Glasgow City Council since 1990 where she completed her traineeship, then worked as a solicitor in the corporate law team for a number of years until she was appointed to the role of Executive Legal Manager, Corporate and Property Law. She was involved in a variety of work including contracts, companies, trusts, intellectual property and business transfers.

Elaine has been involved in a number of key projects: the establishment of a number of Council ALEOs, and review of those ALEOs; the development of the Athletes Village for the Commonwealth Games at Dalmarnock; the delivery of the Future City Glasgow programme which has created a number of new smart cities projects; developing the governance around the Glasgow and Clyde Valley City Deal. More recently, Elaine was part of the project team which was involved in refinancing the property portfolio of one of its ALEOs, and the sale and leaseback of a number of council properties in order to support equal pay payments. Across three funders, a total package of over £646m worth of private funding was secured. 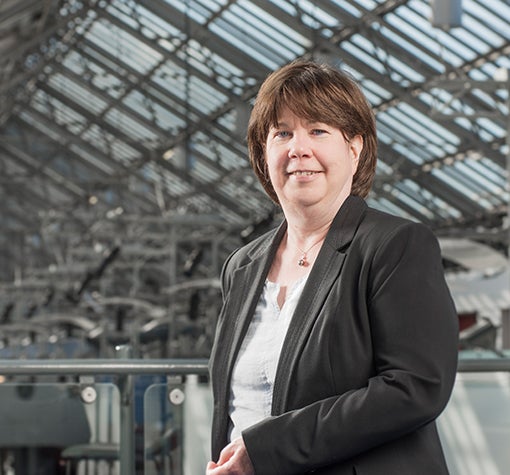 Morag McNeill is a qualified solicitor. She was a partner with McGrigors – now Pinsent Masons LLP – for 14 years specialising in corporate finance before becoming General Counsel at Forth Ports plc from 2005 to 2012. She holds several non-executive positions including Aberdeen Harbour Board, Caledonian Maritime Assets Ltd. and Social Investment Scotland. She is a member of Court at Heriot-Watt University and also sits on the board of several charities including FARE. She is currently Chair at The Edinburgh Academy Foundation. 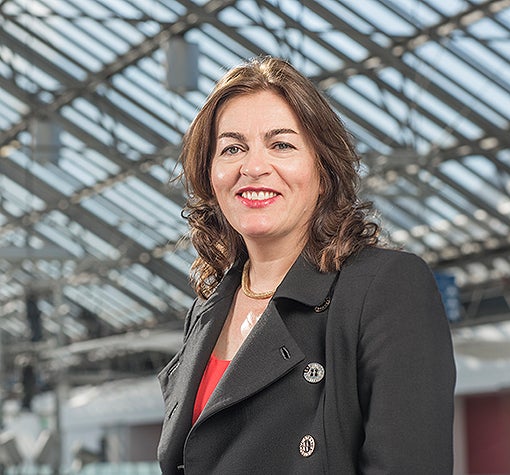 Pauline is an advisor on team leadership development and is an executive coach. She is a Trustee of the charity Playlist for Life, which encourages the use of personally meaningful music in the care of people with dementia. Pauline is a Non-Executive Director of Bronzegate Executive Search, an advisor to Oil & Gas Services businesses and sits on the World-Changing Glasgow Transformation Board at Glasgow University.

For six years Pauline was the Chief People Officer of The Weir Group PLC, a global engineering company. She is a non-executive director at XP Power PLC.

Previously she was an executive search consultant with Miles Partnership and Russell Reynolds Associates in the UK and Australia and held business planning and operational roles with Motorola and Digital Equipment Corporation (DEC) in Scotland, Australia and Hong Kong.

She is a graduate in mathematics and has a post graduate qualification in marketing. Pauline is Remuneration Committee Chair at Scottish Event Campus Limited. 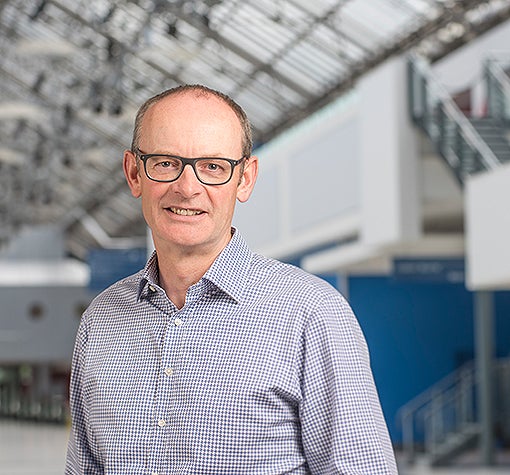 The award-winning SEC is one of Europe’s most successful event venues incorporating the SEC Centre, SEC Armadillo and The OVO Hydro. The success is measured not only in financial terms, but in addition brings significant economic impact generated by the campus. The OVO Hydro has been established as one of the world’s top live entertainment venues.

Peter maintains relationships with all key shareholders and stakeholders of the business.

Having been with the Company since its inception in 1984, Peter played an integral part in all aspects of its evolution with extensive experience gained across all sectors of the business. From a sports management background, he was initially responsible for sporting events and concerts at the Centre. He has been a member of the senior management team since 1991 rising to the position of Commercial Director in 2008 with responsibility for all commercial activity on the campus including sponsorship, hospitality, strategic partnerships and joint ventures. 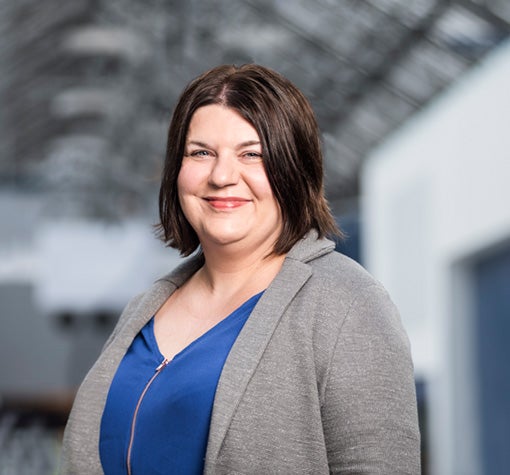 Susan Aitken became Leader of Glasgow City Council when the SNP became the largest party on the Council and formed a minority administration in May 2017. She was elected as a councillor for the Langside ward, where she lives, in 2012 and has been leader of the SNP group since 2014, having previously served as the group spokesperson on health and social care. She is the SNP’s national Local Government Convener.

Before being elected, Susan worked in a variety of policy and research roles in the Scottish Parliament and the third sector, and as a freelance writer and editor specialising in health and social care policy. She grew up in Biggar in South Lanarkshire, moved to Glasgow aged 17 and is a graduate of both Glasgow and Strathclyde Universities. 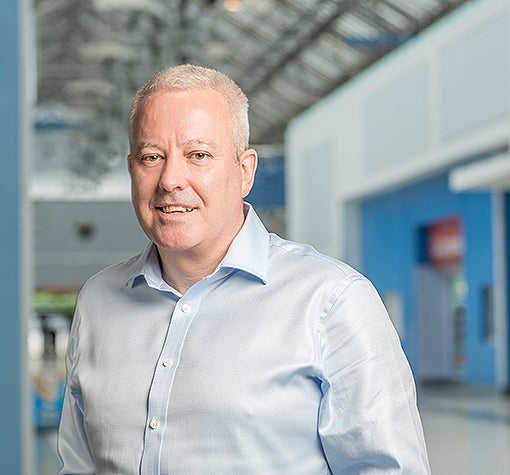 Billy’s career began when he left school for a trainee accountant role. On completing his accountancy qualifications, and having fulfilled various roles in public practice, he pursued a career in industry in 1990.

Billy joined the SEC in 2008. He has responsibility for Finance, Development, Commercial Partners and Hospitality. He is also our Company Secretary and maintains relationships with our legal advisors, banking partner and insurers. As well as being an SEC Board member, he sits on the QD Events Board.

Having joined SEC with extensive construction experience, Billy was an integral part of the OVO Hydro delivery team. He completed the relocation of the heliport, helped deliver the multi storey car park and recently secured a developer for the hotel sites adjacent to the car park.

Billy has previously overseen People and Technology, Live Entertainment and Ticketing within the SEC.

Prior to joining SEC, Billy was the Regional Managing Director for Robertson Homes and grew the business from £7m to £40m turnover. He joined Robertson Homes as the Finance Director in 2002 and was responsible for the major development of the management information systems as well as overseeing all financial functions.

In his spare time Billy can still be seen chasing a ball around a football pitch with varying degrees of success. He is married to Linda and has 2 children. 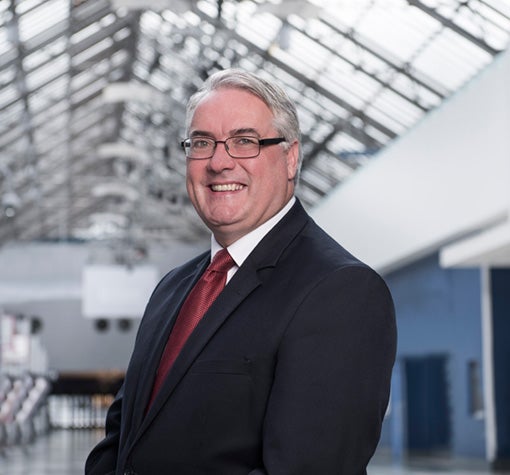 Councillor McAveety was born and raised in Glasgow and has served as an elected representative of the city since 1988.

First elected as a member of Glasgow District Council, he served as Convenor of the Arts and Culture Committee, which led on the development of the Gallery of Modern Art and initiated plans for the large-scale development of the Kelvingrove Gallery, solidifying its position as one the UK’s top tourist attractions.

Councillor McAveety served as Leader of Glasgow City Council from 1997 to 1999, establishing the first ever Local Authority Standards Committee.

In 2012, he was elected to Glasgow City Council for the Shettleston ward, convening the Sustainability and Environment Policy Committee and taking on special responsibility for cycling.

Councillor McAveety was again elected as Leader of Glasgow City Council in September 2015 and Leader of the Labour Group in May 2017. 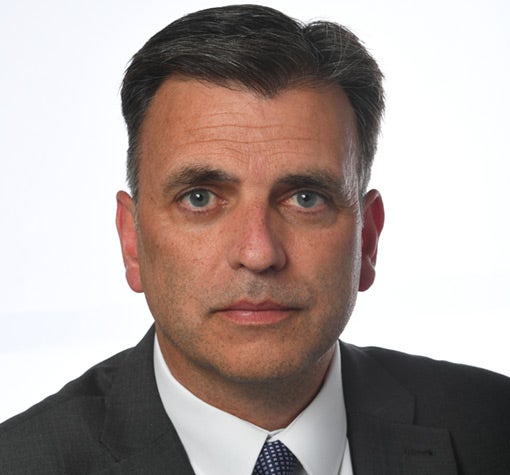 He is a Chartered Civil Engineer with extensive experience within roads and transportation together with the delivery of wide-ranging frontline services and the successful management of major projects. He has held a number of senior positions within the former Strathclyde Regional Council, and with Glasgow City Council as Head of Roads, Head of Service Delivery and Assistant Director prior to his most recent, current appointment in March 2018. 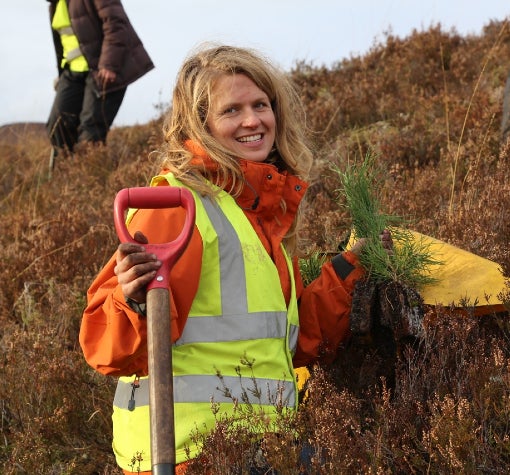 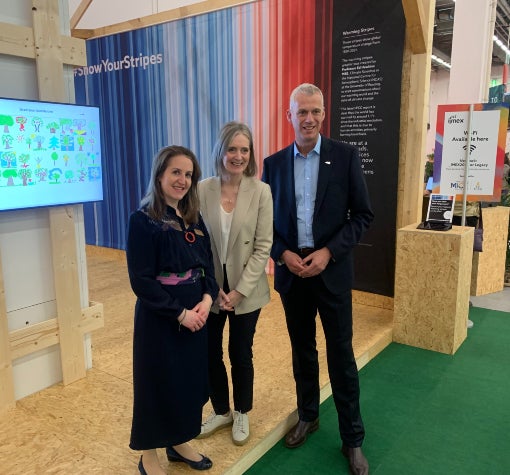 SEC to Plant Trees for Meetings at IMEX 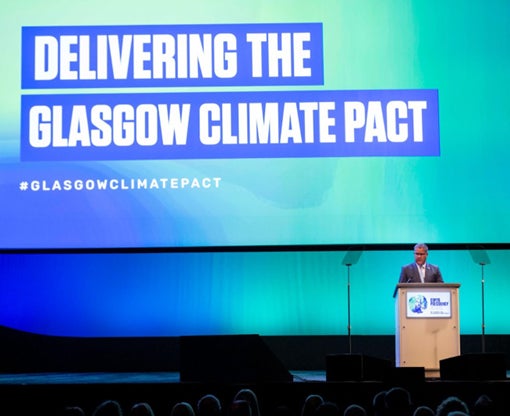 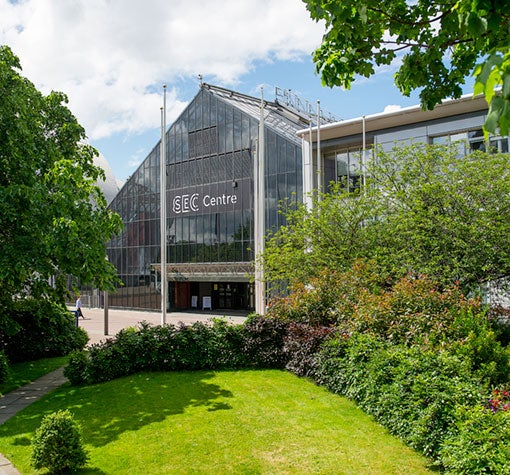 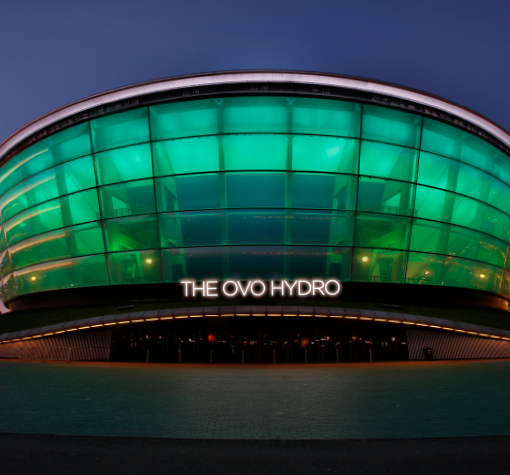 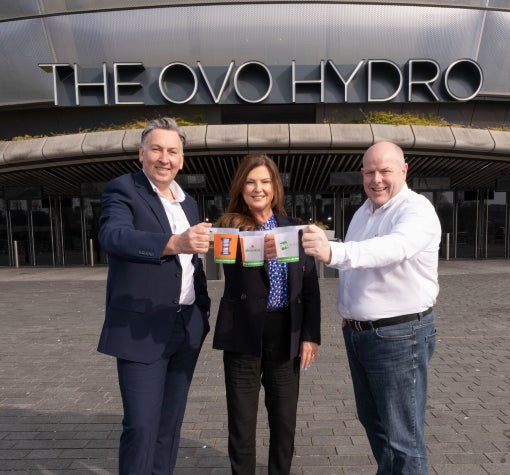 The Scottish Event Campus (SEC), has today announced that it will eliminate single… 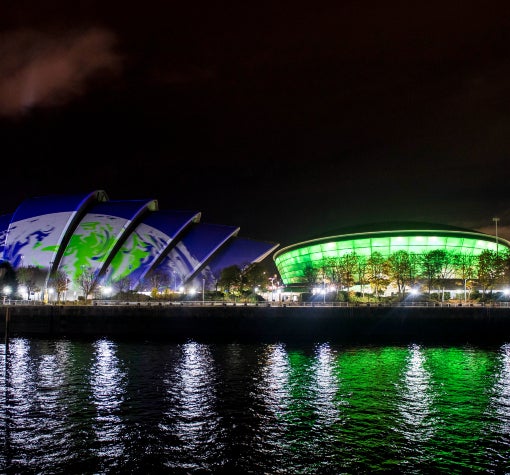 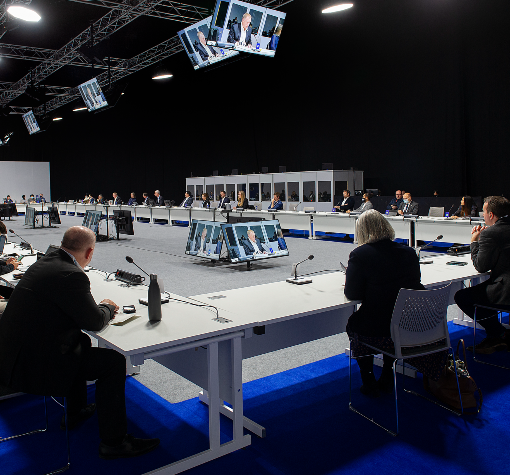 Return of events to SEC provides the ideal tonic (and gin)

Read Article
Back to Top