Scotland’s biggest event organiser, QD Events, has acquired independently run Scottish Fitness and Nutrition (SFN) Expo as it enters its fifth year. The show has grown significantly since its inaugural event in 2013, with record attendances and exceptional exhibitor retention rates.

QD Events has been a partial shareholder since 2016 when it acquired 25% of the show. In the two years since, the event has seen accelerated growth. The company put a bid in for a further 75% ownership which was accepted by founder, Neil MacLean, in time for this year’s show, which will be the biggest to date with 70% of floor space sold out with more than three months to go.

Greg Cherry, Managing Director of QD Events, commented: “We are delighted to add SFN Expo to the QD Events portfolio. This consumer show fits in well with the rest of the events we have, and we can see some real growth opportunities for the SFN brand.

“We have worked closely with SFN’s organisers over the past few years to help it reach its true potential, scale and accessibility to the mainstream fitness market. We feel the timing is perfect for QD to step in and acquire the brand.”

Neil MacLean, co-founder and Show Director of SFN, said: “This is just the beginning of the next chapter for SFN. I’m still going to be heavily involved in the show, so it’s exciting to be working closely with Scotland’s biggest organiser.

“I was running the show single-handedly, but you have to be realistic about how far you can take it by yourself. I am an expert in some aspects, such as marketing, and QD are expert organisers, so this new arrangement is going to take the event to new heights.” 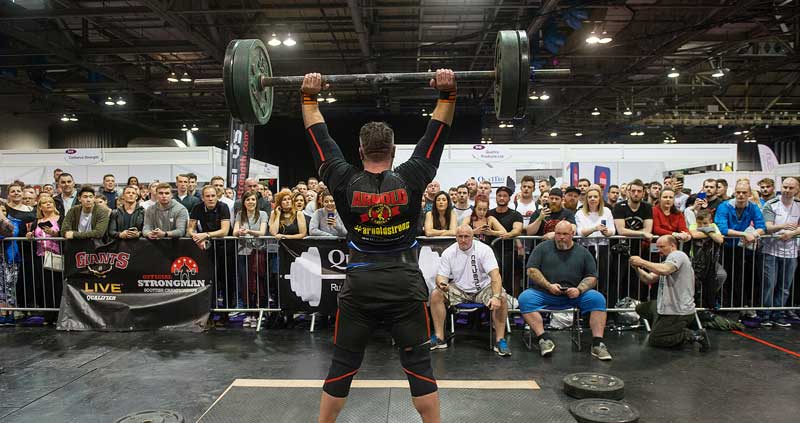 The next edition of SFN Expo will run from 6th-7th October 2018 at the Scottish Event Campus in Glasgow and has already hit record stand and ticket sales. The show will see the return of the World’s Strongest Man, Eddie Hall, and huge industry brands such as Les Mills creating interactive fitness experiences for visitors. SFN 2018 will also host the finals of The Scottish Throwdown and Scotland’s Strongest Man.