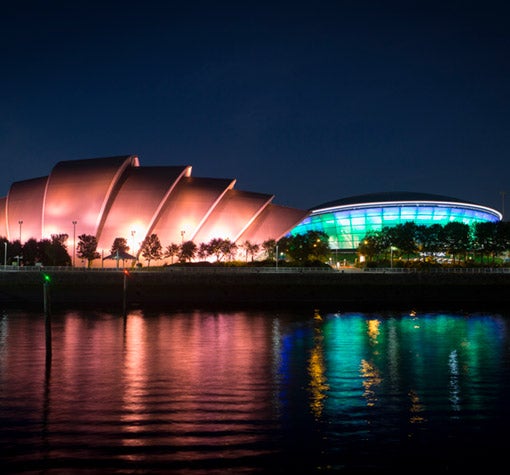 2018/19 has been an outstanding year for Scottish Event Campus Limited with record turnover and contribution noted across all trading sectors.  Aside from the year of the Commonwealth Games in 2014, it has been financially the most successful year in the history of the SEC.  Trading turnover increased by 21% to £35.1m and EBITDA increased by 27% to £4.9m.  The economic impact of the campus generated net additional expenditure of over £1.25m per day in the Glasgow area, a total of £457m for the year.

Conferences enjoyed a record year with 55% growth in turnover driven by 12 international events and a host of large UK conferences and corporate meetings, with 89 meetings in total.  The exhibition sector grew by 3% in the year with 47 exhibitions staged, another record performance.  This included five new shows and high retention levels for established events.

There were 144 performances in The OVO Hydro during the year and increased levels of activity in the SEC Armadillo and the SEC Centre which led to a 24% increase in turnover for the live entertainment sector.  The OVO Hydro continues to be one of the world’s top venues with 1.1m visitors during the year making it the 4th busiest live entertainment arena in the world for 2018.  Key sponsorship agreements were renewed and there was strong demand for our hospitality products.

“This has been a tremendous year for the business and exceptional in that every sector in which we operate has delivered a record performance.  This success is measured in financial terms but also by the economic impact the campus generated not only for Glasgow, but also for Scotland and the rest of the UK.

The net additional expenditure in Scotland was measured at £309m and in the UK at £223m, both significantly up from the previous year due to the increased number of international events.  There were almost 2.1 million visitors to the campus.  All of these are record numbers.

We will ensure that trading profits continue to be reinvested to ensure the existing facilities meet the needs of our customers in an increasingly competitive market.  Our ambitious plan to upgrade and expand the campus, principally to facilitate further growth in the conference and exhibition sectors is being pursued and in the current financial year, a Planning Permission in Principle application has been prepared."