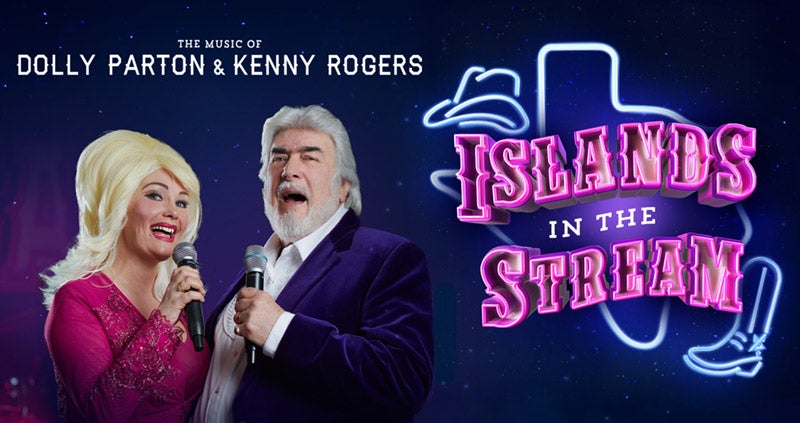 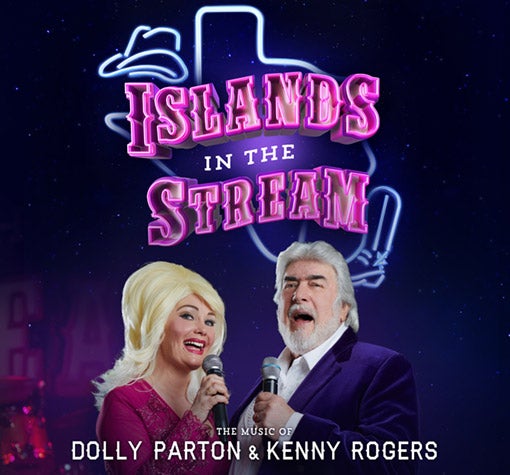 Islands In The Stream

Islands in the Stream - The Music of Dolly Parton & Kenny Rogers

Enjoy the songs of the Queen and King of country music - Dolly Parton and Kenny Rogers. Leave your 9 to 5 worries at the door and get ready for a night in the company of Country Music Royalty!

This thigh-slapping stage show brings together the beloved glamour and personality of Dolly, along with Kenny’s charisma and energy with hit after hit including: Jolene, Ruby, 9 to 5, Lucille, Here You Come Again, The Gambler, I Will Always Love You, Coward of the County, plus the smash hit Islands in the Stream.

Enjoy a superb score and supreme musicianship as we bring the house down with the ultimate tribute to two country music legends.

This is a tribute show and is no way affiliated with any original artists/estates/management companies or similar shows.

What the media says about the show’s Dolly:

”The show had the audience on its feet by the end, blown away by the quality of the performance” Scunthorpe Telegraph