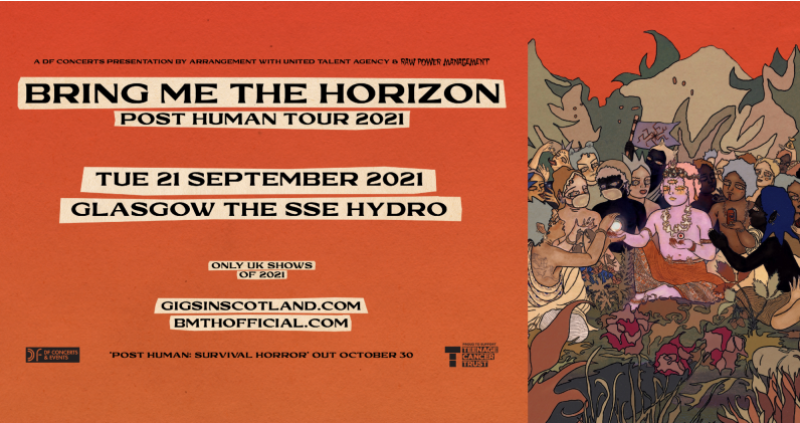 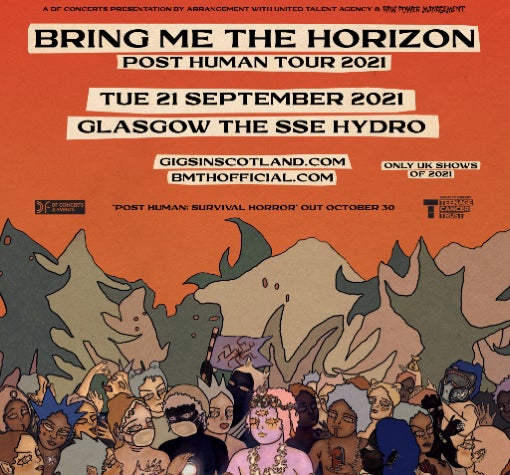 Bring Me the Horizon

World dominating, multi-award nominated Bring Me The Horizon have announced a long awaited Arena tour, kicking off on September 21st 2021 at The SSE Hydro. This will be their only live shows in the UK for 2021.

Continuing to push their creative boundaries, even during lockdown, the band have created a body of work that is arguably one of their most exciting, diverse, intricate pieces of music to date.

The first two tracks from the EP ‘Parasite Eve’ and the recent colossus ‘Obey’ featuring fellow Brit YUNGBLUD, have received critical acclaim and amassed over 115 Million audio and video streams combined to date. Other guests on the EP include BABYMETAL, Nova Twins and Amy Lee from Evanescence.