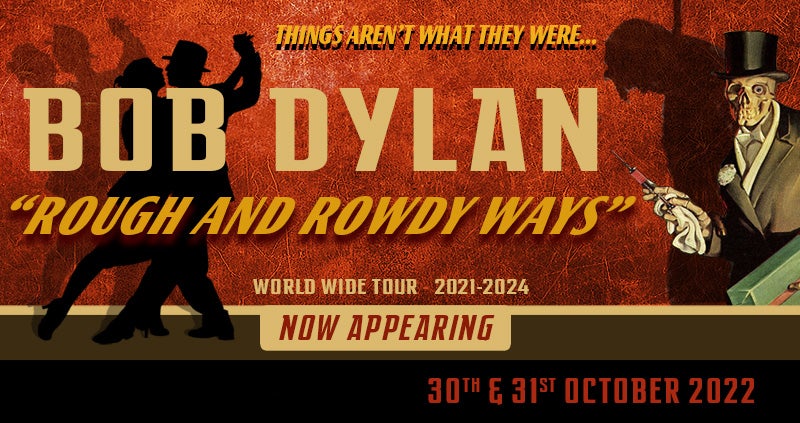 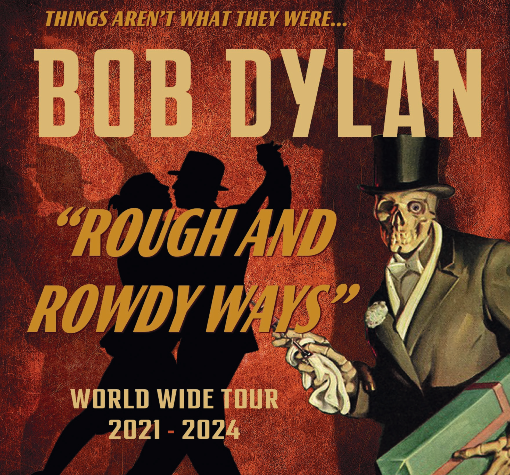 This concert is a "PHONE FREE SHOW", this means that phones are not allowed in the hall during the concert. See tab below for further information.

ANNOUNCES HIS FIRST UK TOUR IN OVER FIVE YEARS

The ‘Rough And Rowdy Ways Worldwide Tour’ began last December in Milwaukee, USA. Since then, Bob Dylan has played 74 stellar concerts all over the country, performing to tens of thousands of rapturous fans all delighted to see this genius songwriter and mercurial musician live.

This autumn the Rough and Rowdy Ways tour arrives in Europe, with the first of four intimate shows at London’s famous Palladium Theatre beginning on 19 October. Thereafter Bob Dylan will travel to Cardiff to play the Motorpoint Arena, followed by concerts in Hull, Nottingham and two final shows in Glasgow.

This concert is a "PHONE FREE SHOW", this means that phones are not allowed in the hall during the concert.

How it works?
Once you arrive at the venue, Yondr (the phone pouch company engaged on this concert) will have its dedicated staff available to help you put your phone in a locked and secure pouch, which you will keep with you throughout the evening.

What should I do if I have an emergency and need to access my phone?
You can unlock your phone pocket at any time by going to a dedicated and signposted area, intended for phone use. Do not hesitate to ask a Yondr staff member to help you.

Why are we doing this and is it mandatory?
Having created this phone-free experience on recent tours, we believe it creates better times for everyone in attendance. Our eyes open a little more and our senses are slightly sharper when we lose the technological crutch we've grown accustomed to. And yes, it's a non-negotiable deal (although medical exemptions are made for those who rely on their phone for treatment).