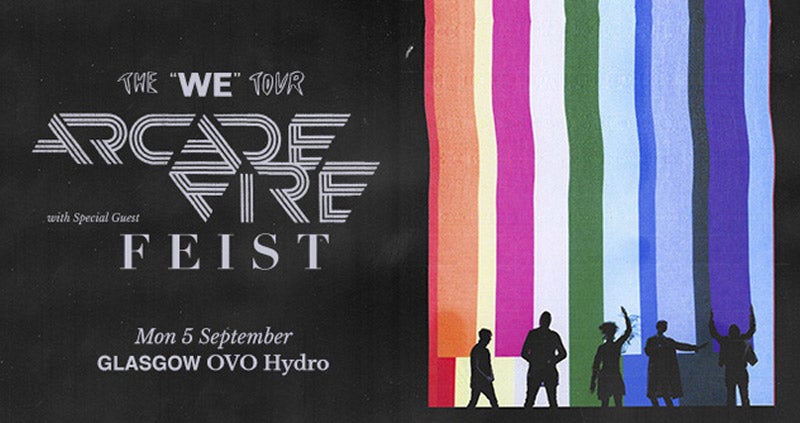 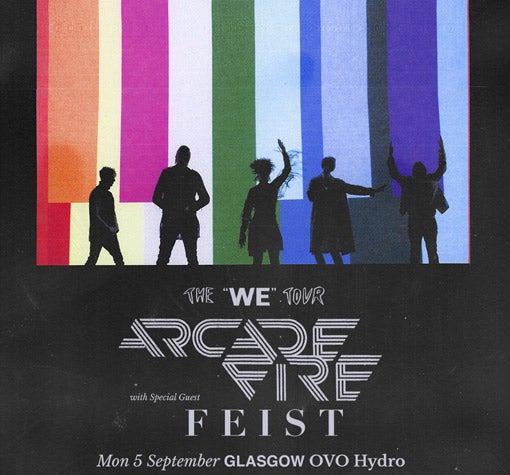 Arcade Fire presents: The "WE" Tour

Following the universally acclaimed reception to singles “The Lightning I, II” and “Unconditional I (Lookout Kid),” Arcade Fire's “excellent sixth album” (The New Yorker) WE is released to the world in its entirety today, 6th May 2022 via Columbia Records.

WE’s release coincides with the announcement of Arcade Fire’s autumn world tour. In the wake of surprise underplays including New Orleans’ Toulouse Theatre, New York’s Bowery Ballroom, Coachella’s Mojave Tent, and a triumphant visit to the UK with the reopening of iconic London venue KOKO, the WE world tour will see the return of the full production Arcade Fire “must-see live act” (Variety) experience to global stages, launching in Dublin on Tuesday, 30th August and running through 1st December in Toronto. The UK leg of the WE tour – featuring special guest Feist – will kick off in Birmingham on 2nd September ahead of shows in Manchester, Glasgow and London’s O2 Arena.  North America will be treated to very special guest Beck playing a nightly acoustic set, starting 28th October in Washington D.C.

This weekend will see the band make an appearance on Saturday Night Live on 7th May.