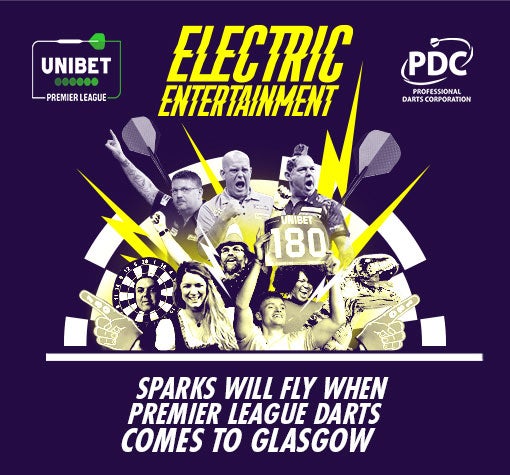 May's planned Unibet Premier League visit to The SSE Hydro in Glasgow has been rescheduled for Thursday September 17.

The Premier League season - featuring the likes of Scottish stars Peter Wright and Gary Anderson - has been suspended since mid-March following restrictions imposed due to the Coronavirus pandemic.

The roadshow tournament had been set to visit Glasgow on Thursday May 7 for the penultimate league night of the regular season, but that event has now been postponed by four months and will take place on Thursday September 17.

The Premier League season is now scheduled to resume on July 30 in Birmingham, and will also visit Berlin and Rotterdam before heading to Glasgow.

Tickets purchased for the original league night will remain valid for the new date.

Football colours of any description are not permitted.