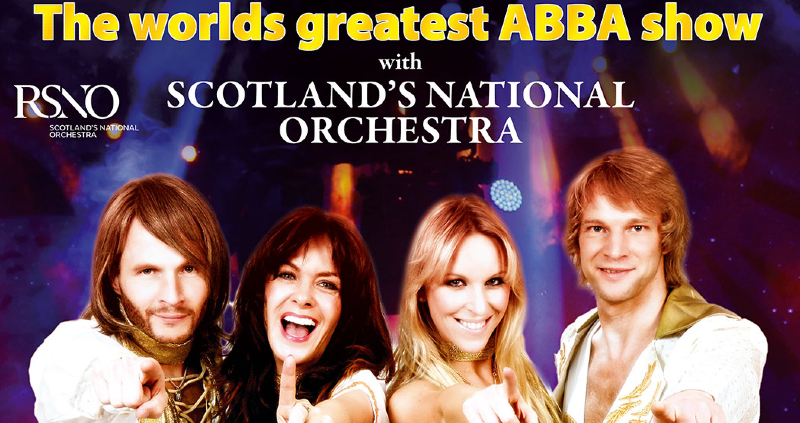 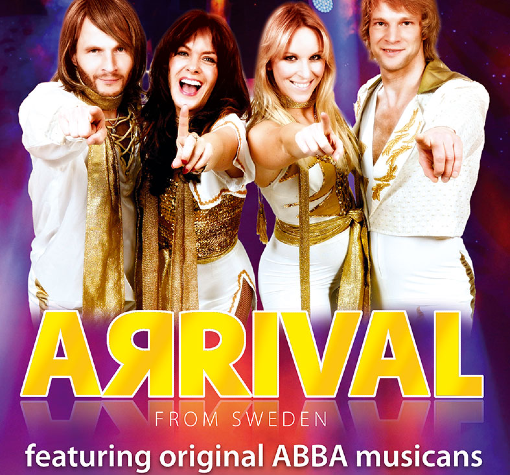 The Music Of ABBA

‘ARRIVAL From Sweden in the production The Music of ABBA’ comes to Glasgow’s SSE Hydro on January 14th, 2022, featuring original ABBA Musician Mike Watson and the RSNO, Scotland’s National Orchestra. The press, the audience and the ABBA-fan club all agree this is the closest you will ever come to see the real ABBA live on stage.

ABBA is Sweden’s biggest music export ever, with almost 400 million records sold. The musical and movie “MAMMA MIA” is a world hit sensation.

The 11-piece live band with ABBA original bass player Mike Watson who performed on such notable tracks such as SOS, Mamma Mia and the Winner Takes It All, to name but a few, will take you on a musical journey performed by ARRIVAL from Sweden this world-renowned group, bringing the music of ABBA to life, together with Scotland’s National Orchestra, the RSNO.

ARRIVAL From Sweden is the most successful ABBA show touring the world today. To date they have performed concerts and tours in over 70 countries. With 80 SOLD OUT tours in the USA since 2005 and playing over a thousand shows in America, ARRIVAL from Sweden has also performed with almost 100 symphony orchestras which all together has given them the reputation as the world’s greatest ABBA show.

Hits like Dancing Queen, Mamma Mia, Does Your Mother Know, The Winner Takes It All, Gimme Gimme and many more are delivered with such accuracy that it’s hard to believe it’s not the real ABBA on Stage.

It’s sure to give you a reason to get out the platform boots and the lycra jump suits as Arrival from Sweden and The RSNO comes to Glasgow on 14th January 2022.