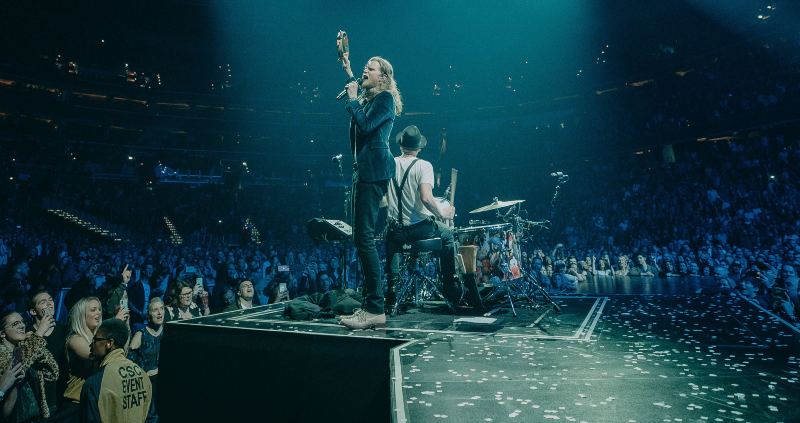 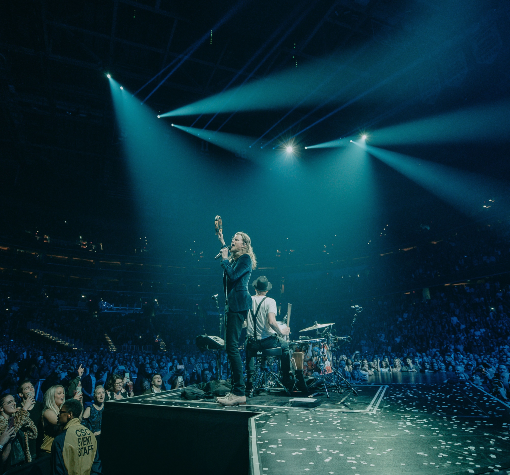 Milwaukee, Wisconsin March 11th, 2020: As Jeremiah Fraites holds a euphoric beat, and Wesley Schultz’s rich timbre fills a dark arena, the band are joined by a chorus of voices from thousands of carefree fans. The verve in the room is palpable, no one could predict that night, the epic impact the pandemic would wreak upon the world for the next year and some. The very next day the world paused and doors were closed as everyone retreated inside.

The tracklisting for the EP includes favourites Ophelia, My Cell, Donna and Gloria, along with the now unfamiliar, but heart-warming sounds of crowd appreciation and an audience joining in to sing. The vocals are mid-show raw, both poignant and joyous, the music up-tempo, yet pure low slung blues. A magical hybrid of Americana folk pop, created with accomplished composition and musical grit.

Live From The Last Night Of The Tour is a perfect appetizer, before the band reset and fire up the juggernaut of buses, rigs & ticket sellers, to take the 2022 tour on the road throughout February & March. Almost two years after lockdown Wesley, Jeremiah and thousands of fans around the world will emerge, blinking into the spotlights for what is going to be one monumental reunion.

The Lumineers continue to work with sustainability partner REVERB. For their upcoming tour, the band has committed to a comprehensive climate action program via REVERB’s Music Climate Revolution campaign. In addition to reducing the environmental footprint of the tour and engaging fans to take climate action at the shows, will support projects that directly and measurably eliminate greenhouse gases while benefitting diverse communities. These efforts will make the tour climate positive; eliminating at least 150% of the tour’s emissions, including fan travel.