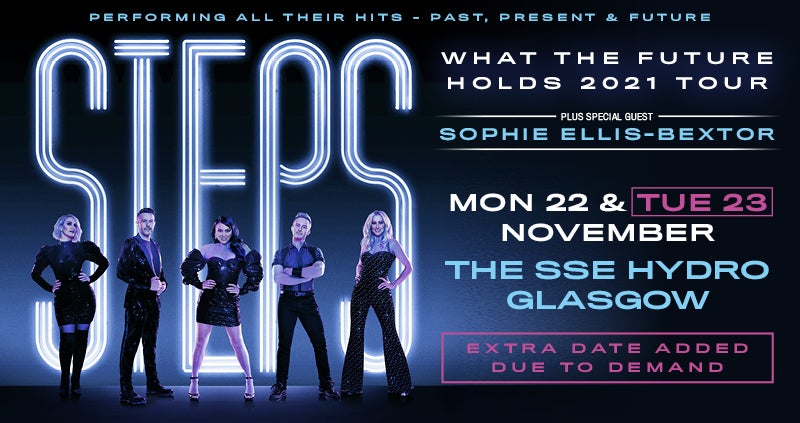 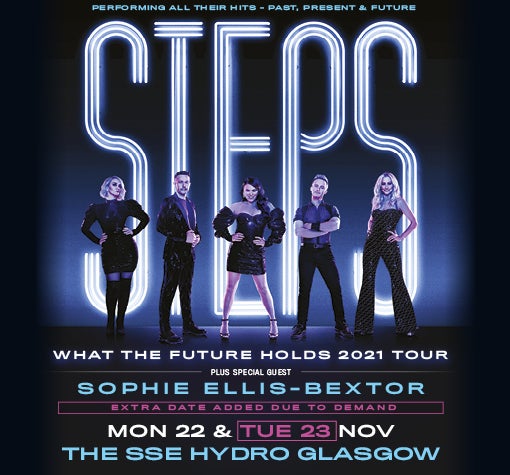 What The Future Holds Tour

Their most ambitious album to date, What The Future Holds showcases the big melodic choruses of their top-tier bangers but also brings back the harmony-laden ballads and some atmospheric mid-tempos. What the Future Holds is the best distillation of Steps so far; an album that shows both a deeper shade of blue and a brighter future. Their 6th album sees them reunite with writers such as Fiona Bevan (One Direction, Lewis Capaldi), Ina Wroldsen (Shakira, Britney Spears) and Karl Twigg (who worked on their first three albums) plus experiment with songs written by the likes of Greg Kurstin (Adele, Beyonce), Hannah Robinson (Kylie) and new pop shape-shifters such as Gracey and MNEK.

Speaking of the album and tour, Steps add: “We will never forget the past with Steps, it’s what made us, but we’ve got to look to the future too. We were so thrilled that the last album was a success and it gave us a new lease of life. Performing live has always been our favourite part of being in Steps – we had the most fun of our career on the last tour and we’re already planning for the next one to be our biggest spectacle yet. We’re also thrilled to have Sophie Ellis-Bextor as our special guest on the What The Future Holds 2021 Tour – her catalogue is full of floor-fillers and she knows how to get any party started. We are so excited for everyone to hear this new album and to come join us on tour.”