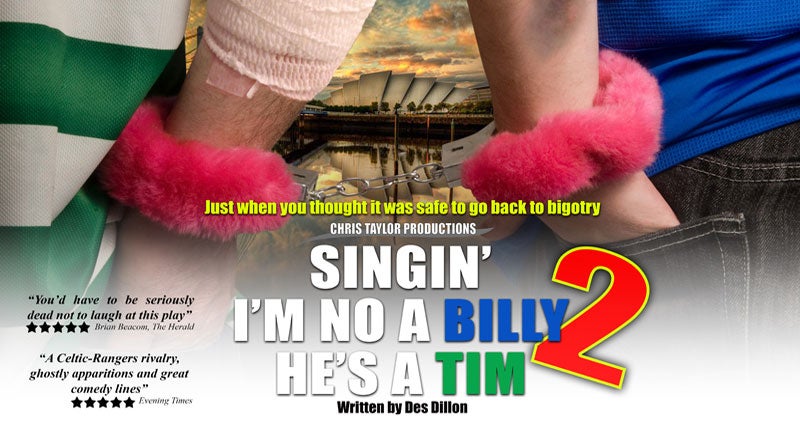 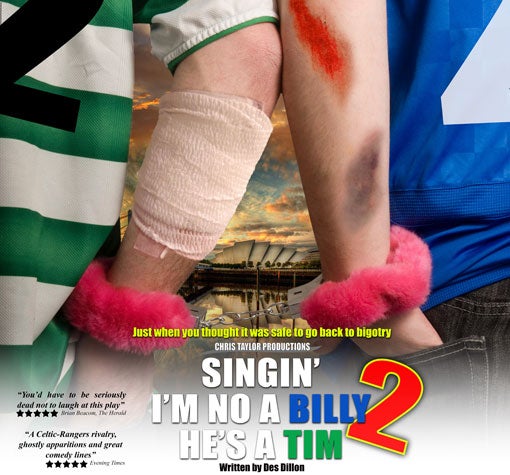 This event has been rescheduled from 04 April 2020.

A message from the producer:

Due to so much uncertainty surrounding theatre venues across the country right now we have made the decision to postpone the show until 25th February 2021. We would rather you all had the chance to get excited for a great night out.

We will be back bigger and better than ever before in the new year.

Thanks again for your continued patience and support throughout these times.

Scotland’s favourite bigots are back in this hilarious new sequel to Des Dillon’s smash hit comedy, Singin' I’m No A Billy He’s A Tim.

Join Billy and Tim as they find themselves stuck in the medical room at Hampden Park during the Scottish Cup final between Rangers and Celtic after making a bet that backfires with spectacular consequences.

Throw in a gallus wee Glaswegian ghost on a mission from God and a fierce Polish nurse with no time for nonsense and watch ninety minutes of outrageous comedy unfold.

Can the countries’ daftest duo stick to the truce they made back in their prison cell, or will another confined space force them to reveal their true team colours once again?

Singin' I’m no a Billy he’s a Tim 2 will take you on a priceless comical journey like you’ve never witnessed before and promises to have you laughing so hard you’ll be begging for extra time.

Contains hilarious dialogue some people may find offensive. Over 16s only.