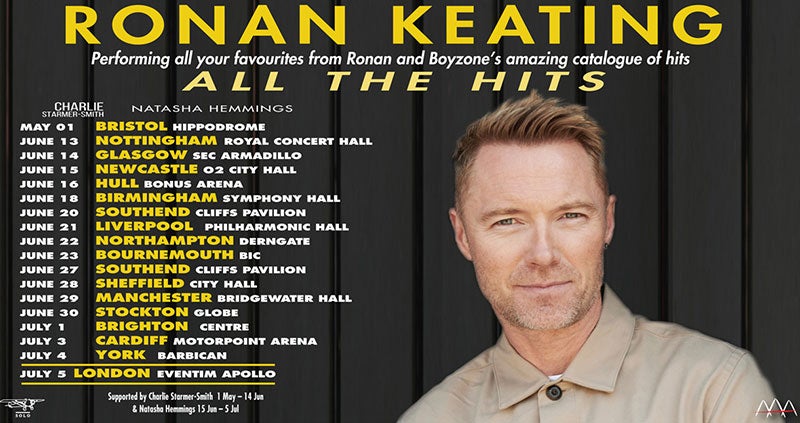 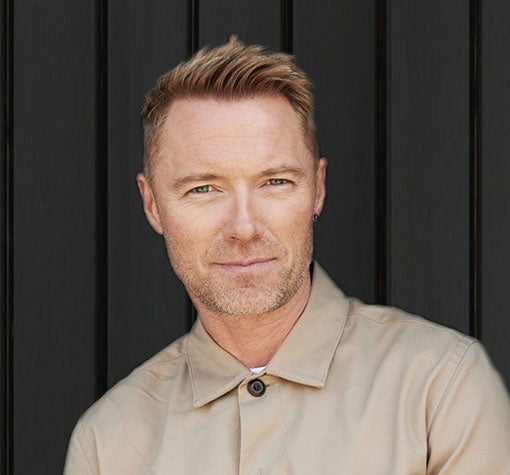 Ronan Keating - All The Hits

Ronan Keating, originally scheduled to play the SEC Armadillo on 18 January 2022 has been rescheduled to 14 June 2022. Tickets will remain valid for the new date.

With support from Charlie Starmer Smith

After two frustrating years of re-scheduling and covid interruptions, finally Ronan Keating gets back to doing what he does best… singing the hits that people love to hear, as his UK & Ireland tour gets underway.

For some twenty-seven years, Ronan has sung the songs that have been the soundtrack to many people’s lives, all across the world. As lead vocalist in Boyzone and a successful solo artist, Ronan’s voice has helped define pop music from the 90’s right through to the 2020’s, with two new albums released during lockdown.

Join Ronan live this summer throughout the UK and Ireland as he sings ‘All The Hits’ from his time in Boyzone and as a solo artist… and don’t be surprised if you know every single word!