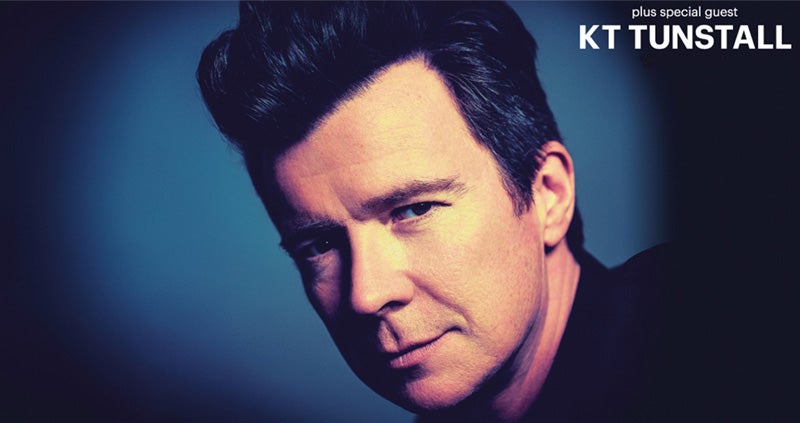 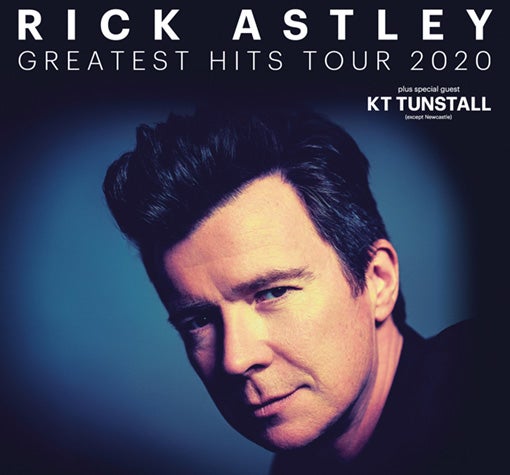 It’s one of contemporary music’s most unlikely tales. At the age of 21, Rick Astley emerged from the shadows of the Stock, Aitken and Waterman production house as their former tea boy became one of the biggest stars on the planet. His era-defining classic ‘Never Gonna Give You Up’ topped charts the world over and catapulted the young Lancastrian on a journey that would encompass 8 consecutive UK Top 10 hits and 40 million sales.

But six years later it was over, as Rick retreated from the public eye to focus on being a parent. His relentless schedule and reluctance to be cast as a teen icon had also taken its toll. “I’d had enough,” he summarises. “I never fell out of love with music, just the music business.”

In 2016, Rick celebrated his half-century by releasing ‘50’ - an album title that put a cheeky, middle-aged twist on Adele’s ‘19’, ‘21’ and ‘25’. “I thought rather than buying a Harley-Davidson I'd make a record,” he notes with characteristic dry wit. Having written and produced the album  as well as playing all of the instruments himself, suddenly it was like he’d never been away. It raced to the top of the charts and began a seven-week run in the Top 10. In the months that followed, he sold 400,000 albums and 100,000 tickets to his headline shows.

“When I made the record, I didn’t know if anyone was going to hear it,” he admits. “So to play on these big stages in front of a sea of people singing the words back at you, it’s beyond belief.”

He cemented that comeback with 2018’s ‘Beautiful Life’. It was an emotionally-charged collection with songs that celebrated his love for his wife, his daughter and music as a whole. His commitment was rewarded with a #6 chart position - his fifth Top 10 album. And the shows continued to scale up too.

“It has been a beautiful life,” says Rick. “Maybe it didn't start out that way. There’s been tough times. But I’ve got so much to be thankful for. How many people get a chance to live out their dreams, not just once, but twice?”

Now Rick celebrates his extraordinary story with the release of the new career-spanning compilation ‘The Best of Me’. It charts that initial run of hits alongside recent fan favourites such as ‘Keep Singing’, ‘Angels On My Side’ and ‘Beautiful Life’. It also digs into some deep cuts too, such as ‘Lights Out’ from 2010.