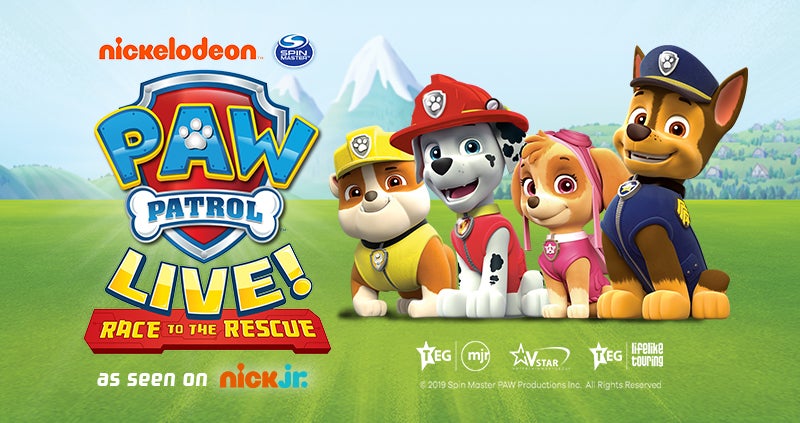 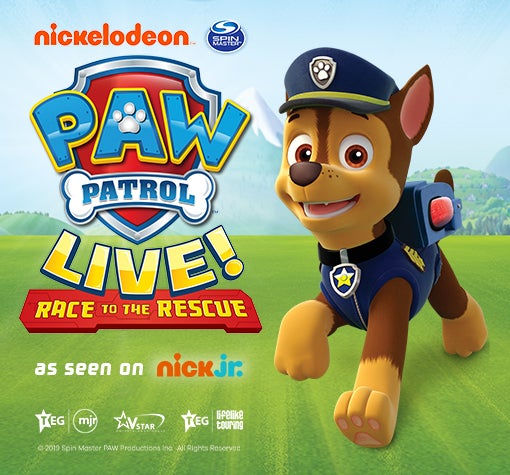 PAW Patrol Live! “Race to the Rescue” Announces Return Tour Dates to the UK and Ireland in 2020

Join Your Favourite Pups For This Heroic Musical Adventure When They Take Centre Stage Again In 2020.

Based on the hit animated TV series on Nickelodeon produced by Spin Master, PAW Patrol Live! “Race to the Rescue” is returning to the UK and Ireland after its hit 2018 tour, bringing everybody’s favourite pups back to the stage for an action-packed, high-energy, musical adventure. When Mayor Goodway goes missing during the day of the Great Adventure Bay Race, the pups come to the rescue. Join Ryder, Chase, Marshall, Rocky, Rubble, Zuma, Sky and Everest for the show’s second tour of the UK and Ireland, which runs from July to August, 2020. Tickets for all 27 dates on sale from 9am Friday 6th December at pawpatrollive.co.uk

Featuring a cast of everybody’s favourite PAW Patrol characters and presented by VStar Entertainment Group, TEG Life Like Touring, Nickelodeon and TEG MJR, PAW Patrol Live! “Race to the Rescue,” shows that “no job is too big, no pup is too small,” and shares lessons for all ages about citizenship, social skills and problem-solving as the characters each use their unique skills and teamwork. The show includes two acts and an intermission, and engages audiences with Bunraku puppetry, an innovative costuming approach that brings the PAW Patrol characters to life on stage with their vehicles and packs.

“We are thrilled to partner with VStar Entertainment Group, TEG Life Like Touring and TEG MJR to bring PAW Patrol Live! Back to families in the UK and Ireland. This unique stage production promises adventure at every turn, as the audience works together to help our heroic pups save the day,” said Thomas Kingsley, Director, Global Location Based Experiences for Nickelodeon. “PAW Patrol is one of our most beloved shows with smaller children. It is a format that offers both learning and fun. The pups’ abilities and experiences resonate with so many children around the world which helps audiences identify with them. We know that children and parents alike will love experiencing their favourite pups live on stage,” says Danielle Tanton, Location Based Experiences Licensing Director for Nickelodeon (UK and Ireland).

The performance features up-tempo music and a cleverly written script that is a good introduction to live theatre for kids. Classic theatrical scenery along with a high-tech video wall visually transports families to an authentic PAW Patrol environment, including locations from the TV series, like Adventure Bay, The Lookout, Seal Island, Farmer Yumi's farm and Jake's Mountain. Special interactive video allows the audience to participate via interviews, solve clues with the Pups, follow Mayor Goodway and much more!