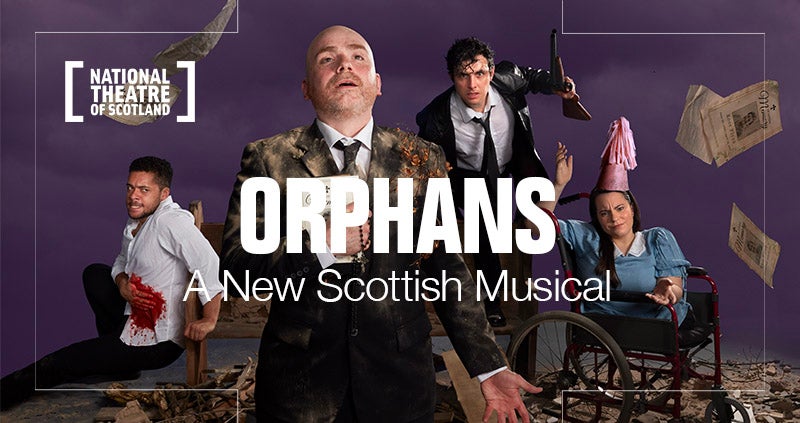 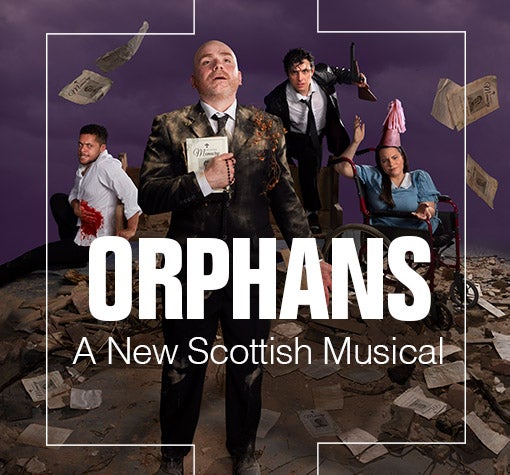 New cast and creative team members have today been revealed for National Theatre of Scotland’s world premiere production of Orphans, a darkly comic musical about grief, family and forgiveness, based on the much-loved cult film written and directed by Peter Mullan, opening at the SEC, Glasgow and touring in April 2022. This big bold Scottish musical is directed by Cora Bissett, with music and lyrics by Roddy Hart and Tommy Reilly and book by Douglas Maxwell.

New cast and ensemble members announced today are Amber Sylvia Edwards (Carole) who starred as Rapunzel in National Theatre of Scotland’s musical festive film Rapunzel and is currently touring the UK in Dirty Dancing; Louise McCarthy (Mrs Hanson) who worked with National Theatre of Scotland in its co-production with Birds of Paradise Theatre Company, My Left Right Foot and is well known as one half of the comedy duo The Dolls; John McLarnon (Jacko) who also appeared in My Left Right Foot, Local Hero (Royal Lyceum Theatre and The Old Vic) and recently collaborated on The 3M Mixtape for Dundee Rep; Patricia Panther (Sara), who appeared recently in Hannah Lavery’s Lament for Sheku Bayoh for National Theatre of Scotland, Royal Lyceum Theatre, Edinburgh and Edinburgh International Festival and previously worked with Cora Bissett on the musical Glasgow Girls; Paul McCole (Frank) known to screen audiences for his roles in Still Game, Limmy’s Show and Sunshine on Leith and previously worked with the National Theatre of Scotland on The Strange Undoing of Prudencia Hart  and Betty Valencia (Ann-Marie) currently in Cinderella at Perth Theatre, with previous appearances in  WeCameToDance (Food Tank), The Last Bus (Hurricane Films) and This Girl Laughs, This Girl Cries, This Girl Does Nothing (Stellar Quines, Imaginate).