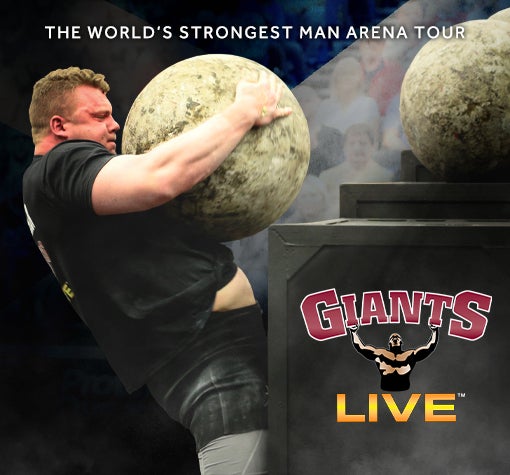 You can bet the Giants will be seeing the year out in true strongman style – the spectacle, the electric atmosphere, the edge-of-seat intensity – it all reaches its peak at the Tour Finale!

The 2020 Tour Finals will take place at The SSE Hydro, Glasgow and is filmed for Channel 5 as part of the World’s Strongest Man Series. It is the Giants first ever Arena show in Scotland - so you know they’ll be bringing out the big guns! The World’s Strongest Man Arena Tour is more than just jaw-dropping feats of strength and fiercely fought competition - it is LIVE strength sport and entertainment at its absolute biggest and best!

You’ve seen it on TV, but a strongman show of this scale is best witnessed live, raw and up- close to all the rip-roaring, shirt-ripping, world-record-breaking action!

VIP tickets are available and come with the opportunity to meet your favourite Giant athletes in person—but act quickly, tickets are expected to sell out fast for this one!