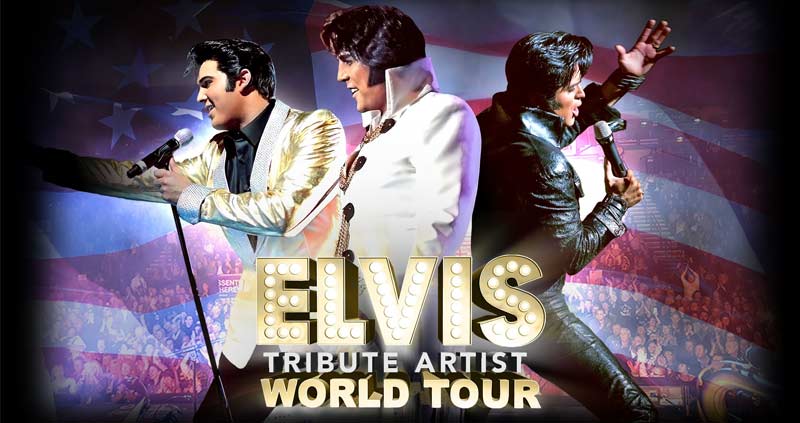 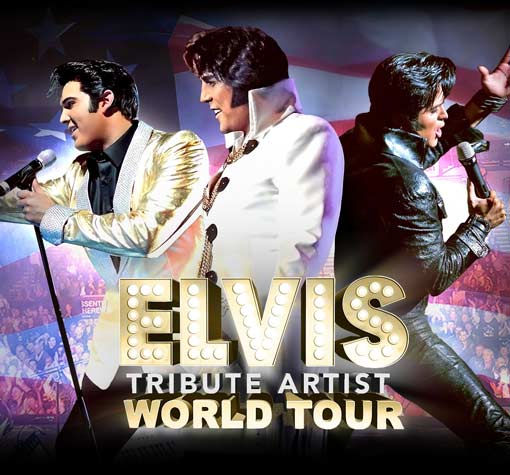 The greatest Elvis show in the world… just got even better!  Direct from the USA, Shawn Klush & Dean Z have now been joined by fellow US Elvis Tribute Artist Cody Ray Slaughter, making this an all-American spectacular not to be missed by any Elvis fan across the globe.

All three performers are previous grand champions of Elvis Presley Enterprises’ Ultimate Elvis Tribute Artist Contest in Memphis Tennessee with Cody himself taking the crown in 2011. He has since taken the Elvis world by storm and we are delighted to announce that fans’ cries for him to join the Elvis Tribute Artist World Tour have finally been answered!

This spectacular production also stars the electrifying Dean Z who joined the show in 2017 to rave reviews from Elvis fans all across the UK. His popularity has continued to soar year after year following his Ultimate win in 2013 and he has now become known as Mr. Excitement of the Elvis world due to his incredibly energetic and fantastic live performances.

Topping off the show with the King’s spectacular Jumpsuit era is incredible Shawn Klush, who first exploded onto the scene when 6 million viewers tuned in to see him crowned ‘The World's Greatest Elvis' live on BBC One. Soon after, Shawn was crowned the first-ever Ultimate Elvis Tribute Artist champion and has toured the world continuously ever since, continuing to maintain his position at the very top.

Now, with the current all American line-up, this show is expected to become known as the greatest Elvis tribute artist experience of all time.

All three performers are backed by an incredible live band & orchestra with huge sound & lighting production values.  For Elvis fans across the globe, this is one show you do not want to miss!

Instruction for VIP package - Customers are to go to the Merchandise desk pre-show once the doors have opened with their ticket to collect their VIP Lanyard. They’ll then be advised where to go post-show for the M&G.