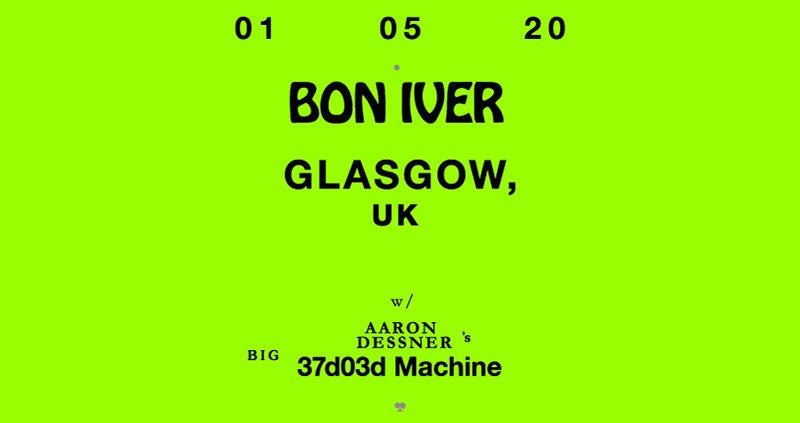 Bon Iver has announced that their innovative ‘i,i’ live show is coming to Europe for the first time next year, including a date at The SSE Hydro.

It completes a cycle: from the winter of For Emma, Forever Ago came the frenetic spring of Bon Iver, Bon Iver, and the unhinged summer of 22, A Million. Now, fall has arrived with Bon Iver’s most expansive, joyful and generous album yet.

The ground-breaking live show’s sense of intimacy and sonic and visual innovation is featured in the new WeTransfer mini documentary
https://wepresent.wetransfer.com/story/bon-iver-autumn/

Support comes from Aaron Dessner's Big 37d03d Machine who will develop and perform new music in collaboration with 37d03d friends.