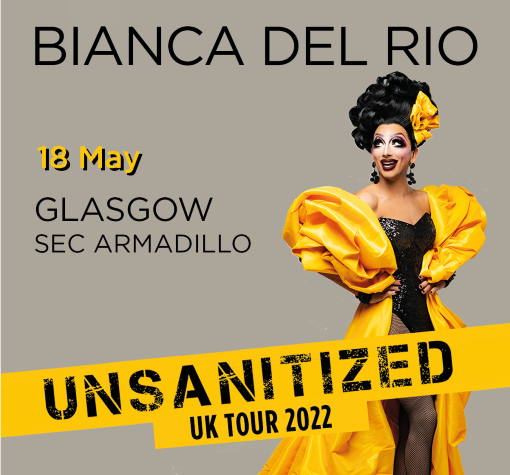 With support from Mary Mac

Renowned for her snarky frankness, impeccable timing and politically incorrect humour, Bianca was crowned “The queen of all Drag Race queens” (New York Magazine's "Most Powerful Drag Queens in America” and is set to bring a comedy show like no other to the UK with her Unsantized tour.

Fierce, funny, and fabulous, Bianca Del Rio emerged on the New Orleans nightclub circuit and has since become a drag megastar, earning awards including NewNowNext’s Best New Television Personality, Variety's Top 10 Comics to Watch and #1 in New York Magazine’s “The Most Powerful Drag Queens in America”. She is the host of The Bianca Del Rio Podcast, has starred in movies including Hurricane Bianca, as well as author of the hysterical book “Blame it on Bianca Del Rio”, all while amassing millions of fans on social media.

For the health and safety of everyone attending Bianca Del Rio: Unsanitized, all tour dates will abide by local laws, guidance from public health authorities, and venue COVID-19 policies. Enhanced health and safety policies may be put in place at any time for tour dates at the discretion of the venue or tour.