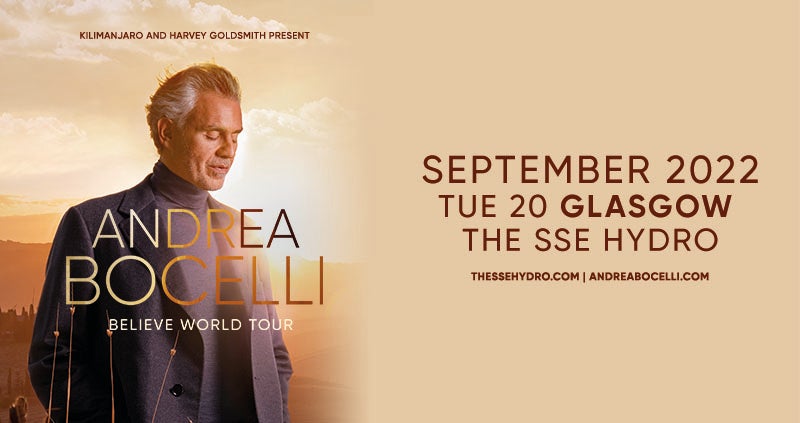 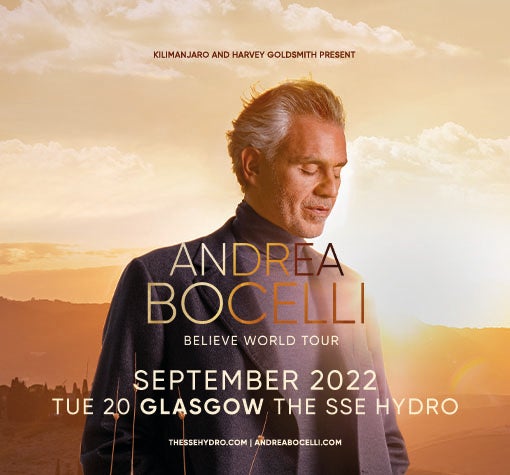 Musically gifted from birth, Andrea Bocelli is one of the most celebrated singers in modern history, performing at major international events including the Olympic Games and the World Cup, as well as his own sell-out arena shows around the world. He has a Golden Globe, seven Classical BRITs and seven World Music Awards under his belt, plus a star on the Hollywood Walk of Fame.

With a decorated career spanning more than a quarter of a century, having amassed millions of fans around the world with his emotive and instantly recognisable voice, Bocelli has collaborated with a host of A-list stars including Luciano Pavarotti, Ariana Grande, Jennifer Lopez, Christina Aguilera, Ed Sheeran, Dua Lipa, Céline Dion, Tony Bennett and many more.

Ultimately, Bocelli understands that all music is good for the soul in a way that taps into the most subtle nuances of humanity, irrespective of individual belief: “Good music brings with it a powerful message of peace and fellowship, teaching us about beauty, and helping us to open our hearts and minds.”

Andrea Bocelli Foundation is proud to partner with PLUS1 so that for every ticket sold, £1 will go to support the "ABF Educational Projects" in Haiti, empowering children situated in the most vulnerable areas of the Country, offering them the opportunity to express their true potential. www.andreabocellifoundation.org