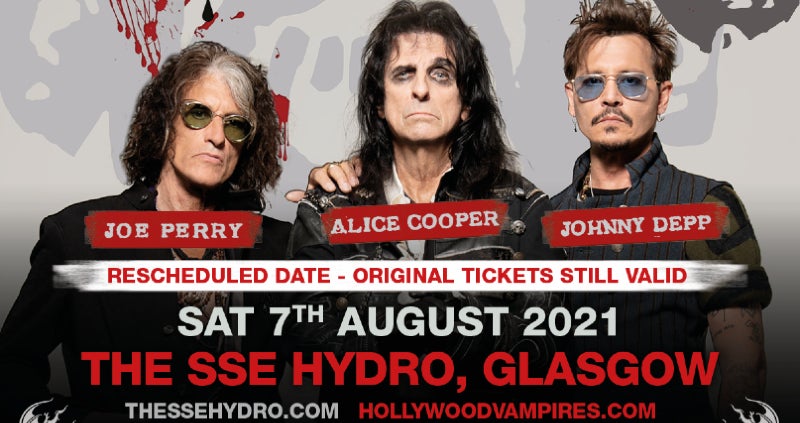 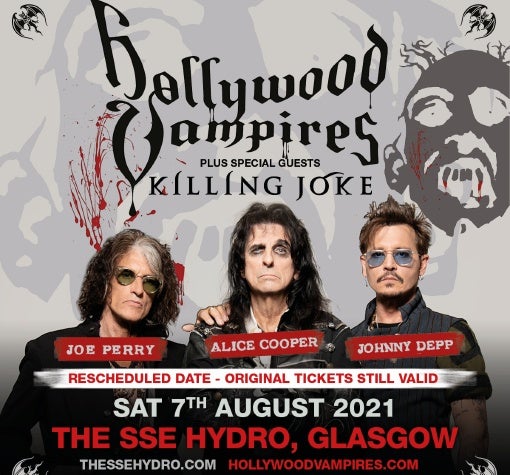 The new dates come as a result of the ongoing situation around COVID-19 but the band are determined to bring their exhilarating show back to the UK fans as soon as possible.

And they can announce that they will now be joined by legendary London post punk, goth and metal pioneers - Killing Joke.

The three legends first came together to record in 2015, bonding over a shared love of their favourite songs and a desire to celebrate their ‘dead, drunk friends’ by playing the songs of the fallen heroes. Riotous performances ensued around the world.

Joining the tour as special guests for an irresistible line up are one of the most important rock bands to come out of the UK. Killing Joke were formed in West London in 1978 and the band has been cited by everyone from Metallica and Nirvana to My Bloody Valentine and LCD Soundsystem as a key influence. They have been labelled goth, post punk, industrial and more over an innovative career that has had far reaching consequences for rock music.

Last year, Hollywood Vampires completed a triumphant seven-city North American tour which included a sell-out show at the famous Greek Theatre in Los Angeles and were voted the “best performance” of 2018 at London’s Wembley Arena on their last UK tour.

An exclusive glimpse behind the scenes on the road can be found in the video taken from the recent album “I Want My Now”.

The 16-track album “Rise,” produced by Tommy Henriksen and the Hollywood Vampires, is one of the purest, most unapologetic and enjoyable rock and roll albums of recent times, made by masters of the craft and true fans of the form. Unlike their 2015 debut record, the second album consists mainly of original material, written by the band. There are however, in the spirit of the Vampires’ original mission, three covers of songs originally written and recorded by legendary rockers who died far too young. “Rise” is released on earMUSIC.