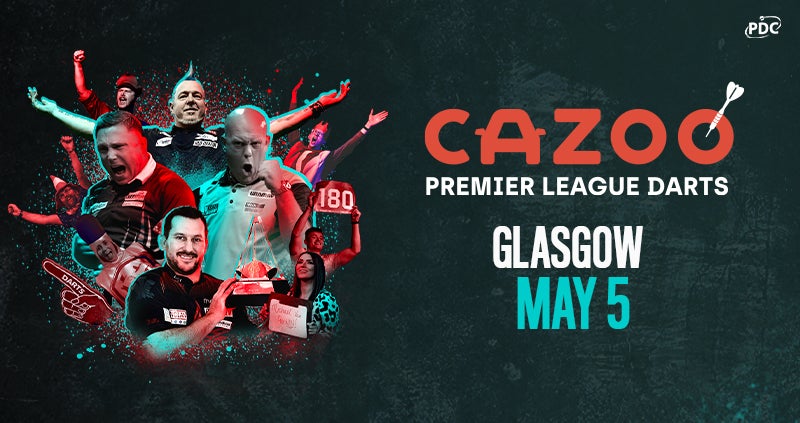 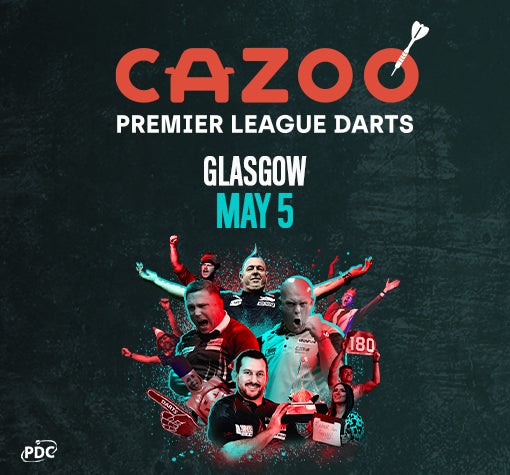 Cazoo Premier League Darts, originally rescheduled at The OVO Hydro to 06 May 2021 will now return on 05 May 2022. Please hang on to your tickets as they're valid for the new date.

The Professional Darts Corporation have confirmed that all of the 2021 Premier League season is to be staged in April and May in Milton Keynes.

Due to the ongoing restrictions, the first nine nights of the 17-night season had been announced to be held behind closed doors next month.

Next year's schedule has already been confirmed, with The OVO Hydro set to host the Premier League's 14th league night on Thursday May 5.

Ticket bookings for the 2020/2021 Premier League nights at The OVO Hydro will be moved to the 2022 event, or fans can request a refund from their point of purchase.

Football colours of any description are not permitted.