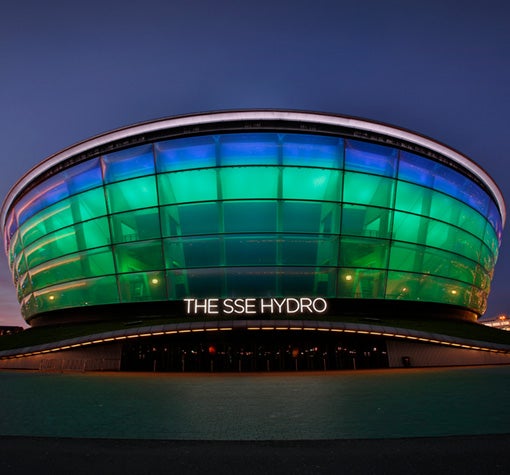 Under the agreement, Vodafone will have access to a new on site super-suite, which will be available to customers and guests during live events; and will be used for branded experiences and to showcase the latest technologies such as 5G and the Internet of Things (IoT). Set to open in spring 2020, Vodafone customers will also have the opportunity to win tickets to flagship events at the arena via Vodafone’s VeryMe loyalty app.

Anne Sheehan, Director, Vodafone Business said: “Scotland is a hugely important country for us and our new partnership with The SSE Hydro Arena reinforces our commitment to the city of Glasgow.  I’m delighted we will be able to showcase our new technologies to both Vodafone Business guests and to music and sports fans from across Scotland. We’re looking forward to working closely with The SSE Hydro Arena to explore how 5G can enable the creation of new and compelling experiences for fans.”

Ross Easton, Head of Commercial, Scottish Event Campus said: “We are delighted to welcome Vodafone as our official technology partner and look forward to working together. We believe Vodafone’s latest technologies have the potential to greatly enhance our visitors’ enjoyment at The SSE Hydro and will help us to continue to deliver a fantastic experience for fans.”

Liana Mellotte, Director, AEG Global Partnerships said: “Bringing the Vodafone partnership to The SSE Hydro marks another important milestone in the evolution of the arena, which now ranks highly in the world. Vodafone’s technology capabilities match the ambitions of the Scottish Event Campus and will keep it at the forefront of advances in technology.’

Vodafone already has a significant presence in Glasgow, with ten retail stores across the city. Glasgow was one of the first cities where Vodafone launched its 5G network in 2019; and a partnership with Glasgow University ensured it was the first educational institution in Scotland with a 5G network. 5G will support the adoption of a range of new technologies such as the Internet of Things (IoT), robotics, connected cities and self-driving vehicles with many industries – including automotive, financial services, entertainment and healthcare – set to benefit.