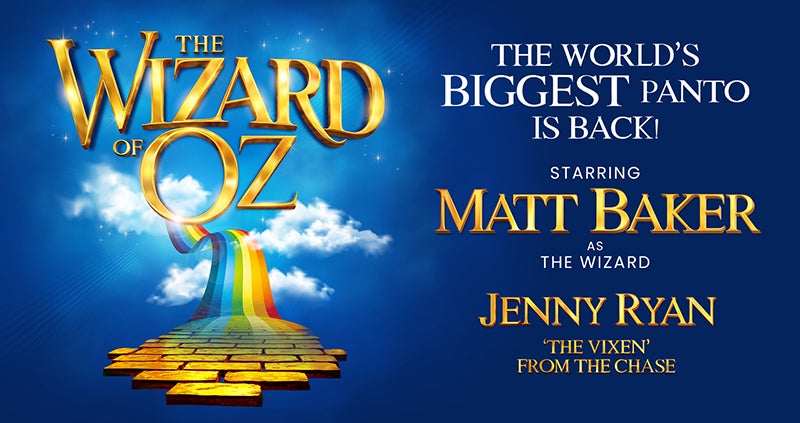 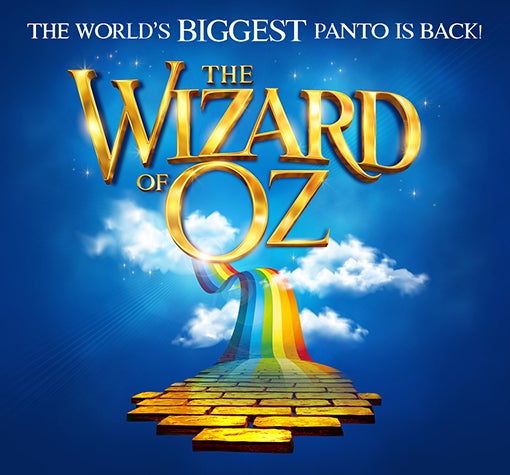 After amazing previous productions of Elf, Cinderella and Peter Pan, WIZARD OF OZ is the brand-new spectacular Christmas show coming to the OVO Hydro.

It will be performed on a stage the equivalent of four London Palladium's, plus two mobile stages that travel around the arena as the yellow brick road unfolds in front of a 6,000 seat audience. Producer Jon Conway points out this is only half the normal arena capacity and with its vast foyers and high arena auditorium, he is confident it will be one of the safest covid aware performance spaces this Xmas.

This Christmas I'm swapping the green fields of Our Farm in the Dales for the Emerald City! I'll be an acrobatic, laser wielding wizard and I might even bring the Children in Need Rickshaw along for the ride. It's a show packed with spectacular entertainment and fun with a brilliant script and cast to boot. I can't wait for my festive tour on the yellow brick road!

Jenny Ryan is best known as ‘The Vixen’ on ITV’s hit show ‘The Chase’ but is also known for her fabulous voice on ‘Celebrity X Factor’.

“The spectacular size of the show is breathtaking. There are giant video screens with animated computer graphic backgrounds and an ice-covered Emerald city skating scene that is magical. With a ten-metre tall roof there is plenty of flying, with cirque stars as the crows and the witch actually flies on a broomstick around the arena. What’s also fun is that I am known as one of telly’s top TV quizzers, yet I have to contend with a man with no brains at all.”

This refers to the Scarecrow played by the new comedy star Jordan Conway. Astonishingly, given the pandemic, Jordan has worked non-stop every week since May, headlining his own show at Butlins, Blackpool’s Viva cabaret and theatre tours. Jordan says ; “I can’t wait to get started, nothing beats the sound of thousands of family members all laughing together.”