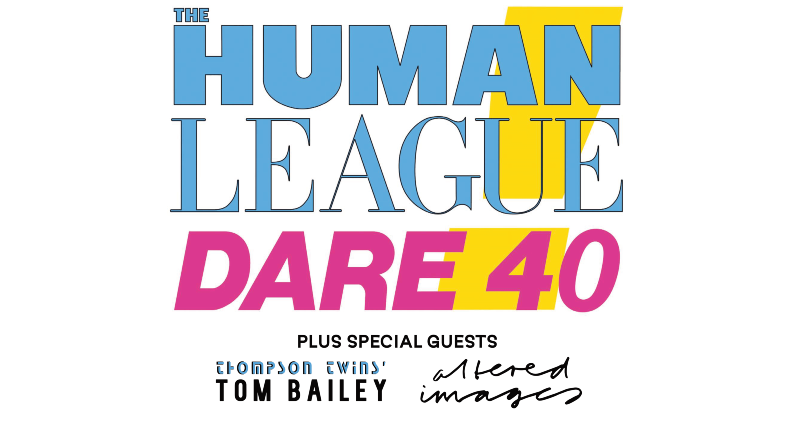 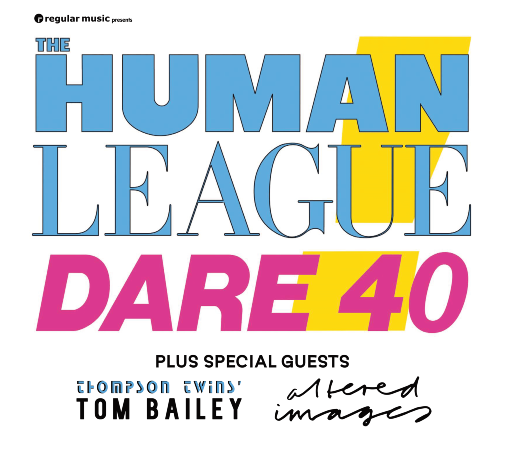 Celebrating forty years since the release of DARE, The Human League will be performing this classic album in its entirety, as well as other hits from their extensive back catalogue, across arenas and theatres in the UK throughout December 2021.

Originals of the British New Wave/Synth scene The Human League dominated the airwaves and charts throughout the 80’s with their dark yet stylish post punk electronica, which remains as fresh, current and highly influential today as it did with the release of DARE on the 16th October 1981.

On its release DARE instantly became a landmark album for the British music scene, spreading an exciting new sound to the US and Europe and helping give birth to a whole new era in music. With lyrics firmly embedded in the global politics of the day the band had an image that influenced fashion trends and their style, sound and message changed the face of early 80’s club culture, paving the way for the decades of electronic music and clubbing that were to follow. The band are widely regarded as leaders of the second British Invasion of the US music market and, to this day, remain one of the most highly played bands on MTV worldwide.

DARE contained four hit singles, including the No 1 ‘Don’t You Want Me’ which is arguably the poppiest track on the album, staying in the charts for five weeks and making the 1981 Xmas No.1 slot. The album earnt them a Brit Award the following year and the band continued to grace the top 10 for the next fifteen years, with a resurgence of popularity and commercial success in every decade that has followed. Without doubt their music has inspired generations of fans and influenced many of todays artists.

Thompson Twins also formed part of the second British Invasion of pop culture to the US and had a string of hits in the eighties including ‘Doctor Doctor’,‘You Take me Up’, ‘Love on Your Side’ and the enigmatic anthem ‘Hold Me Now’. In 2014 Tom Bailey returned to playing the Thompson Twins catalogue live after a short break of just 27 years. Together with his all female band he played a highly successful 80 date world tour in 2018, most of which was in USA. He released his first solo album ‘Science Fiction’ in 2018.

Fronted by firecracker Clare Crogan, Altered Images are a Scottish band who had frequent chart success during the early 80’s combining slightly twisted lyrics with dynamic bubblegum pop. Their extremely memorable hits include; ‘Happy Birthday’,‘Don’t Talk about Love’and ‘I Could Be Happy'. Clare is also a highly accomplished and succesful actor who has performed on stage, film and television.