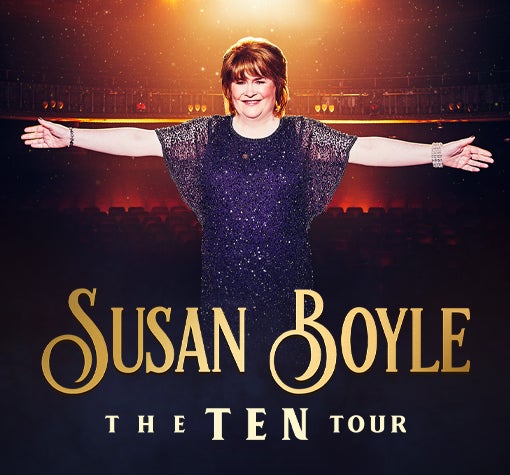 Following her triumphant return to the Britain’s Got Talent stage this weekend, Susan Boyle, is thrilled to announce she is heading back out on tour for the first time in four years with a spectacular new show, ‘The TEN Tour’.

Celebrating ten years since her iconic BGT audition catapulted her to global fame, a phenomenal recording career and her new album TEN, released last Friday, Susan is continuing the celebrations into 2020 with a brand new show starting in Scotland and touring around prestigious theatres and concert halls  across the UK.

Susan, along with a dazzling array of musicians are coming to the stage this Spring, performing in 15 cities across the United Kingdom, starting on the 3rd of March in Dundee through to the 25th of March, 2020 in her hometown of Edinburgh.

‘Susan Boyle The TEN Tour’ will be a spectacular concert, featuring her greatest hits and some incredible new genres of music in an honest and intimate show that will inspire and delight her myriad of fans. It will be sure to leave you in awe, just as she did ten years ago.

Susan said; “ I’m thrilled to be coming back on tour after four years and starting in Scotland, one of the best audiences in the world. I am also excited to be able to perform songs that you wouldn’t necessarily expect from me. I like to surprise, I left the world surprised ten years ago and I want to surprise my fans again.”