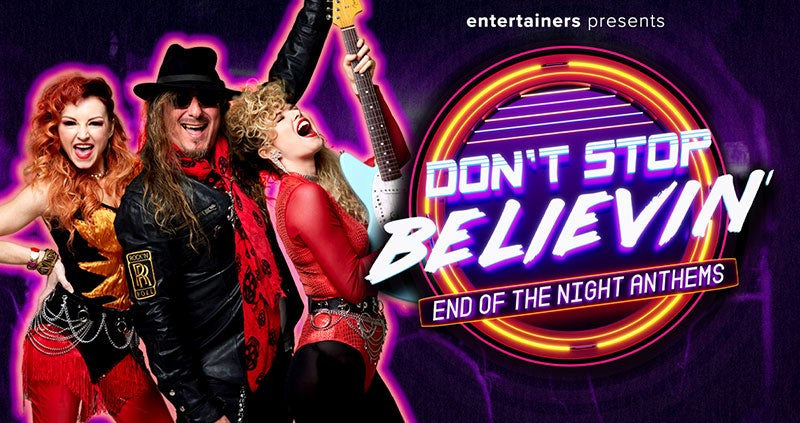 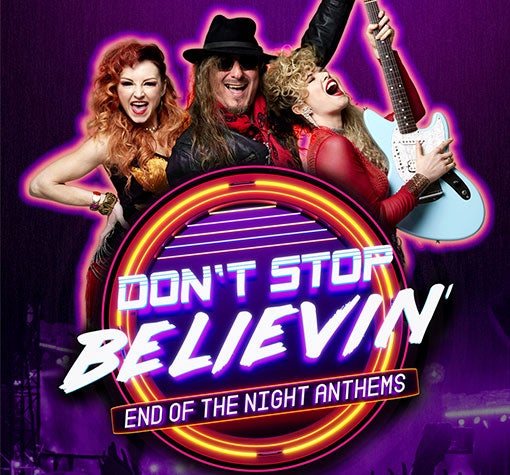 Jump aboard the midnight train – heaven is a place on Earth called Glasgow as the greatest end-of-the-night anthems spectacular roars into town.

One way, or another, nothing’s gonna stop us now. . . the brand-new, feel-good show of the year guarantees a crazy, crazy night of non-stop, singalong favourites.

It’s the night out you have been waiting for – from the producers of smash hit show, Lost in Music – the boys and girls are well and truly back in town.

This electrifying, high-energy theatre production brings you 30 of the biggest end-of-night anthems – all brought to life in full colour with a sizzling cast, fantastic costumes, and amazing light show.

It’s time to let your hair down and come dressed to impress as we bring you the biggest party night EVER!

With songs including, Summer of ’69, I Love Rock ‘n’ Roll, Eye of the Tiger, Livin’ on a Prayer, Sweet Child O’ Mine, China in Your Hand, You Shook Me All Night Long, Sweet Home Alabama and many more.

Touring the nation, brand new for 2022, so, hold on to the feeling and Don’t Stop Believin’ – The End of Night Anthem Show. . . tickets on sale now!

Home to some of the country’s leading productions including, The Magic of Motown, Fastlove, Lost in Music, Radio GaGa, Thank you for the Music, The Rocket Man and many more.

This is a tribute show and is in no way affiliated with any original artists/estates/management companies or similar shows.

Promoter reserves the right to alter the programme.