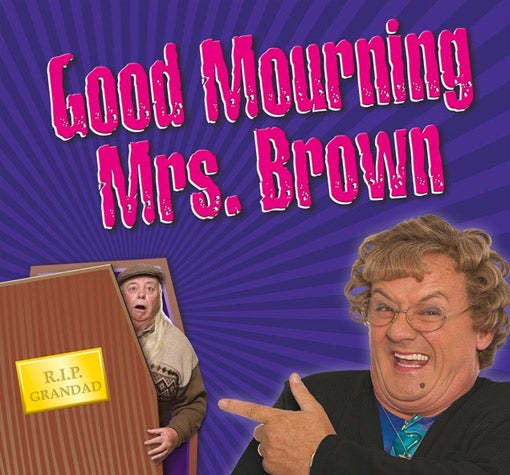 There are currently no events scheduled for this artist. To ensure you are informed as soon as a new event date is announced, please enter your contact details on the sign up form below.

Recently voted Best British Sitcom of the 21st century by the Radio Times, Mrs. Brown’s Boys is the hilarious series written by and starring Brendan O’Carroll.

After a sell out Tour of Australia and New Zealand and following the 'Live' episodes of Mrs. Brown’s Boys for BBC’s 60 Years of Comedy, with an audience of over 11m – the hilarious 'Good Mourning Mrs. Brown' returned to The SSE Hydro in 2017.